STUDY ON THE AMENDMENT IN TURKEY TIME ZONE USE BASIS MERIDYEN 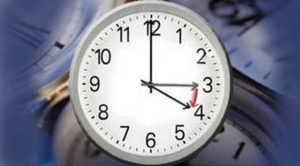 working draft on the merits of using the time zone meridian in Turkey, which is essential to our country’s meridian time zone used during the summer period of seven months (45 ° east meridian passing through Dogubeyazit) recommends the use for 12 months.

In our study, there are advantages and reasons that can be obtained by using 45 ° east meridian for 12 months mainly in the time zone (clocks will not be taken forward and backward during the year).

The meridians and time zones used in the vicinity of our country and some of the countries using these time zones are shown below.

The current time zone in our country is UTC + 2. Izmit, east of the meridian 30 ° east of time is considered essential for Turkey. In daylight saving time, UTC + 3 is used. UTC + 3 is the 45 ° east meridian passing over Doğubeyazıt. Daylight saving time means; It is a seven-month practice that starts on the last Sunday of March and ends on the last Sunday of October. It is recommended that this practice will continue in our country in the winter period (five months).

Due to the fact that 30 ° east meridian is used in the application of winter time in our country, daylight is not used sufficiently in the morning, the weather darkens very early in all provinces, electricity usage for commercial and civil lighting increases, production and trade decreases and this situation affects the investment and operation efficiency of enterprises negatively. The negative effects of this practice are more felt in our provinces in the east of Ankara. The early darkening of the weather for five months, especially in our industrialized provinces, puts our employees into traffic congestion in the dark at the end of working hours, increases social and psychological adversities and leads to a negative impact on domestic trade.

In our country, there is a difference between the time of day and the working hours in the time zone, especially in winter. For example, the average sunrise in December is around 06:30 and the sunset is around 16:00. When working hours are taken into consideration, the sun sets at 16:00 and there is a significant loss of energy in workplaces and social life.

The sun sets will be around 17:00 as one hour will be gained in the proposed system. With this application, the energy savings that can be achieved in five months will reach 100 million USD. When summer time is applied, the sun sets in Istanbul around 20:40 in May, while the sun sets in Paris around 21:40. This shows that we cannot use daylight saving time effectively compared to other European countries.

Our country has commercial relations with almost all 195 countries of the world. Our foreign trade volume in 2008 is around 330 billion USD. When we look at the period of 1999 – 2008, the share of EU countries in our imports, which constitute the important weight of our foreign trade, is decreasing, whereas imports from Far East countries have increased. In the same period, the share of EU countries in our exports is decreasing again, but there is a significant increase in our exports to Russia and especially to Asian countries. Within 10 years, the regional change in our foreign trade is 15-25%. Recent developments in the world of technology show that this change in market structure will continue to stabilize within 15 years. In the tables below, the changes in the exports and imports of our country by regions are also clearly seen.

Our citizens will use sunlight more than one hour in summer and winter. This situation is in accordance with the concept of light conservation which has developed in the world in recent years. Particularly in winter, workers in big cities fill roads in the dark, and the public faces traffic problems. In addition, employees will gain time for rest and shopping with their families. With the application, the society will affect the motivation positively and thus the productivity will increase.

Today, as the country where energy and light become so valuable, and binding decisions on energy saving and climate change have been made with the Kyoto agreement, we have an important opportunity. According to the experience gained from the application for many years, the savings provided by using 45 ° ladder will provide more energy saving to our country with the envisaged system.

It is important for the national interests of our country that the clocks are arranged in such a way that we will make the most of the sun by taking into consideration our relations with the whole world in our country, as developed countries do.