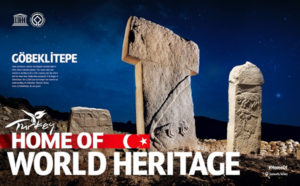 In the process of Turkey Home campaign launched in 2014 by  the Ministry of Culture and Tourism of the Republic of Turkey, advertisement and branding practices of tourism destinations, communication strategies, the results obtained thanks to contemporary advertisement and marketing methods and means used in this process have been analyzed in this study.

In these days in which international relations have become quite intense and complicated, “destination advertisement” is meant for “expressing oneself” aimed at a specific target audience which establishes the standard of judgement of the people related to each other, and increases the influence power of the countries in terms of economic and political interests.

Nowadays, strengthening international relations, finding new markets and advertisement/marketing for this purpose have become necessary in order for countries to be afloat as a result of competitive conditions. Many places around the world possess similar characteristics and similar products, thus surviving and staying strong in this competitive world is only possible when an unique identity is formed. In other words, the destinations attempt to influence the target audience by emphasizing their own uniqueness.

The way the target audience access to information, make or purchase a travel plan and share its experiences have changed as a result of being more closely interactive with social media in line with current sociological and technological developments. Thus, social and digital media have gained importance as a tourism marketing mean in many countries, and in this direction active advertisement process has started in order to obtain competitive advantage enriching the brand equity or to protect current competitive advantages.

Touristic product choice limited to type and theme of the channel via which it is directed to target audience in traditional advertisement methods has gained more space in social and digital media. In addition, the fact that the costs of advertisment are cheaper than traditional methods allows more and different kinds of advertisement opportunities with the same budget. Social and digital media advertisement allows destination branding not only in a macro way but also in a micro way. Communicating with individuals from different societies and different target audiences continuously and positively, informing individuals directly and reaching them without mediators have especially gained importance both in today’s competitive world and in a time of crisis. For these purposes, Turkey Home campaign allows to continuously communicate with target audience and followers in favor of Turkey through the social media channels.

The brand of “Turkey” consists of numerous products including “culture” and “tourism”. Being aware of this situation, The Ministry of Culture and Tourism has developed a new communication paradigm which aims at providing a visionary perspective for a holistic advertisement as one man in line with the current developments and trends. It has prevented the cultural and touristic richness of Turkey from being a marketing chaos and has revealed the purpose of making the brand of “Turkey” as a driving force.

Developments such as newly rising trends around the world, change of mass tourism into individual, independent, sensitive and experiential tourism movement as a result of the digital channels becoming widespread, varying travel choices in terms of especially age group and level of income, position of the cities as becoming a solely strong brands, growing of alternative and niche tourism market and requirements of much more product range in these fields, the influence power of the traditional advertisement practices not being able to cover the target audience which has changed in consequence of the technological developments and thus increasing importance of social and digital media practices have made active communication and advertisement necessary. In this context, the aims, strategies, actions determined within the scope of Turkey Home campaign and the results intended to obtain are as follows:

AIMS:Making the image of Turkey positive and continuous; Providing branding and brand loyalty based on country, region and point, Increasing the number of tourists and level of income obtained from tourism, Increasing the recognition of touristic places, opportunities and experiences,

STRATEGIES: Providing public-private cooperation, and coordination between institution, Focusing on the demand variety and product-based advertisement, Establishing long-term and continuous policies instead of short-term and uncertain ones, Following the new communication technologies particularly social and digital media,

ACTIONS: Emphasizing the contemporary values being loyal to different and unique values, Putting mainly social and digital media campaigns supported with the public relations activities into practice instead of usual advertisement methods, Providing active participation to important local activities thanks to the sponsorship and cooperation depending on the specific market of the specific country, Increasing the volume and diversity of the advertisement activities performed with the sector, Strengthening the perception of Turkey in the target country as one man within the scope of “Turkey Home” campaign determined as an umbrella concept, Providing shareholders with templates to be used in advertisement activities and consonant with main campaigns, Making Turkey fans and citizens in target countries embrace, adopt and spread the campaign, Actively using the international activities such as sports competition, concerts, festivals, exhibitions etc. in order to contribute to perception of Turkey through the cultural diplomacy, Raising awareness about the advertisement practices in the target audience through the consistent and holistic advertisements,

In line with the course of action, using a strategic idea continuously and consistently by way of criticizing the country with a positive concept instead of occupying the world agenda with a very creative idea for a short time, The Ministry of Culture and Tourism has decided to perform advertisement practices considering the information obtained as a consequence of the studies and percept image researches done with the sector and academy. In this context, Turkey Home campaign in which the tulip logo of Turkey continues to be used to keep current sympathy of Turkey as a tourism destination, and which identifies Turkey as the inheritor of numerous civilizations throughout history and as the country of people known for hospitability with the concepts of “home” and “homeland”, which gives particular importance to branding and tourism diplomacy has been launched.

The campaign provides limitless flexibility in terms of reaching all of the values of the country to target audience thanks to its sustainable and modular framework. It could also be used by governmental institutions, non-governmental organizations, cities and private sector institutions. Thus, it has been aimed at continuous and consistent advertisement of the country.

Turkey Home is based on media sharing, content producing and enrichment and development of the processes of data collection and evaluation by each other. The data related to contents shared on social and digital media consists of digital communication strategy being reported in detail and new contents are accordingly shared on various media channels. In this way, directing the appropriate content to appropriate person has been become possible thanks to considering the technological and sociological factors and producing content in line with the basic needs and expectations of the target audience.

Media Choice: 3 types of advertisement, marketing and cooperation works including “Social Media”, “Travel Media” and “Digital Media” have been carried out as part of Turkey Home Global Image Campaign.

Data Collection: The Ministry of Culture and Tourismdetermines the social media contents thanks to the database formed with the detailed data obtained from data sources, and also allows campaign strategy to be developed.

As part of Turkey Home which is an holistic and inclusive campaign and has been needed because of not being able to use the social and digital media power as well as insufficient overseas advertising activities ran with the campaigns which has changed every year until 2013, social and digital media advertising activities have been performed and as a result, registered mark badge has been obtained. Following 5 years, when the numbers of social media followers of competitor countries are compared, it has been observed that it has reached to 5th place with 6.5 million followers following Australia, Dubai, USA and Mexico. About 6 billion view, access over 4.5 billion and interactions about 1 billion have been obtained on social and digital media up to today within the scope of Turkey Home. Tourism and travel sector activities and cultural and sports activities etc., and the produced contents have provided an important communication with the individuals around the world on behalf of the country. The effect of this communication has been evaluated with the international reports such as Global Data (Tourism Boards Marketing Index 2017), World Economic Forum (The Travel and Tourism Competitiveness Report 2019), Bloom Consulting Country Brand Ranking 2019/29 Tourism Edition and it has been observed that advertisement and marketing activities performed up to today have vital effects on increasing the country brand ranking.